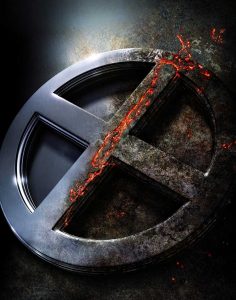 This movie just didn’t feel right to me. It probably doesn’t help that the last movie i saw in theaters was Captain America: Civil War. I did enjoy watching the movie. It has decent moments. But it also has moments that drag on and on, numerous plot holes (especially as this is supposed to be in continuity with Singers earlier X-Men films). There are characters meeting each other in 1983 that are shown meeting for the first time in X-Men and X-Men 2. I guess Xavier has been playing tiddlywinks in his students heads all these years. I mean, sure, Wolverine will not remember meeting anyone as he is escaping. But why would neither Scott nor Jean remember the crazy, hairy man-beast with metal claws when they encounter him again 20 years later? Why does no one remember Kurt Wagner being part of the school decades before attempting to kill the President in X-Men 2? Why is Jubilee still a teenager in X-Men?

Benefit of doubt…Maybe the events of Days of Future Past didn’t just retcon Last Stand, but X-Men and X-Men 2.

The following are all nit picky, fanboy complaints.

Angel’s introduction as a cage fighter was not really Angel. This was not some rich kid suicidal after the loss of his wings becoming a Horseman of Apocalypse. This was some mutant with wings (I do not think they ever mentioned his character name). Psylocke’s personality is nothing like the source material. The character worked on screen – just not as Psylocke. Digging into now ancient continuity, she played more like Revanche than Psylocke.

I did love seeing Caliban on screen. His whole scene and such reminded me of Morlocks.

All that said, I did not hate this movie. I am looking forward to where Fox takes this franchise in the future. I am jonesing for a New Mutants and/or X-Force film.

I do kind of hope they can do film without the Magneto character. Maybe scale back Professor X as well.

Pie in the sky…I would love to see the Brood as an enemy in a future movie. While an epic, space opera with the Brood would be fun. They could scale it down to a Shi’ar ship crash lands on earth with an infestation of Brood. This would introduce the Shi’ar and Brood and could lay foundations for a Dark Phoenix saga movie. After credits have Lilandra, as the one surviving Shi’ar from the Brood, bringing a report of the Phoenix Force being on Earth. Final panning shot of Gladiator and the Imperial Guard.