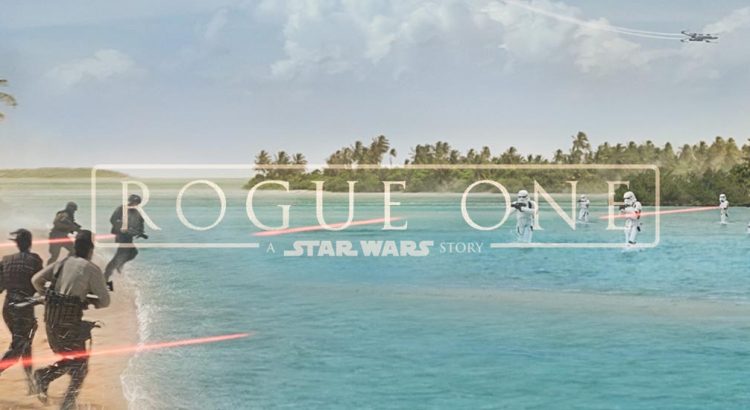 We all know how this story is going to end. But that is not the point. It is the journey that really matters.

Star Wars has been a part of my life since as far back as I can remember. And this movie did not disappoint story-wise.

I highly recommend seeing this movie in the theater.

This movie kept the dirty aesthetics from A New Hope. The special effects were overall good. But. I do want to get my only real negative out of the way. There are 2 CGI human characters in the movie that totally take you out of it. One is only shown at the end. We did not need to see that characters face to know who it was. But the other character is in a large part of the movie. Every time I saw this character’s face, it completely removed me from the movie. This role could easily have been recast. The de-aging effect performed on Michael Douglas for Ant-Man was way more believable than the work on this character.

Okay. Negatives done. Back to gushing about the movie.

We start out with Jyn seeing her mother killed and her father taken by the Imperials to work on a weapon. We jump to years later when she is all grown up – before the events of Episode 4. She is imprisoned by the Empire and is being transported to a labor camp when she is freed by the Rebel Alliance. At this point we are introduced to my new favorite character, K-2SO – voiced by Alan Tudyk. K-2SO fills the snark-quotient nicely throughout the movie. We also are introduced to Andor – our Han Solo equivalent.

The Alliance wants her to meet up with an old friend of her father’s on Jedha about a defecting imperial pilot. During this visit to Jedha, we confirm the flaw in the Death Star, see its first live test fire, and are introduced to two keepers for the former Jedi Temple on Jedha.

From Jedha, we go in search of Jyn’s father and onward to get the Death Star plans. We all know that the Rebel Alliance gets their hands on the plans. The end of this movie leads directly into A New Hope.

But, much like Seven Samurai or the Magnificent Seven, this is a pyrrhic victory. We will not be seeing the characters from this movie retconned into more special editions of Episode 4-6.

I will leave you with a quote that took on more meaning by the end of this movie from Donnie Yen’s character, Chirrut: